Migraines Have No Cure, But There Are Ways to Ease the Pain

By
Jeff McGaw
Migraine headaches affect about 40 million people in the U.S. and cost businesses billions in absenteeism. While there are no cures, there are medications and effective strategies to lessen the pain, experts say.
Share 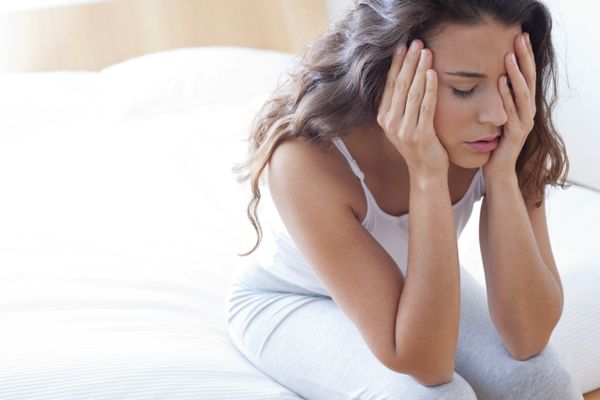 Twice a month for about 30 years, Maria Taschek’s painful migraine headaches would come on like an ocean wave, slowly gathering size and momentum.

“I could feel them coming on,” said Taschek, a longtime Capital Blue Cross employee. “I would get agitated. I would crave certain foods,” she said, describing some of the classic signals of an impending migraine. “If I was out, I would have to try and rush home, but sometimes I didn’t make it.”

When the wave finally hit, and the headache began, “I couldn’t even function,” she said.

About 40 million people in the U.S. suffer from migraine headaches, according to the nonprofit National Headache Foundation, and the resulting absenteeism costs American businesses about $20 billion annually.

Migraine is a disabling neurological condition that affects women at three times the rate of men. There is no known cause or cure, but over-the-counter and prescription drugs and non-pharmaceutical coping strategies can ease the pain for some, experts say.

While the agitation and food cravings Taschek sometimes experienced are common symptoms of an approaching migraine, signs of a migraine can vary. Some experience neck stiffness, frequent yawning, and visual phenomenon such as flashes of light.

The attacks can be brutal: four to 72 hours of head-throbbing pain often coupled with some combination of nausea, vomiting, and sensitivity to light, sound, touch, or smell, according to according to the Mayo Clinic.

“I’d have to lay down in a dark room,” Taschek said. “There couldn’t be any noise. I had to have ice packs on my head.”

Researchers from the Mayo and Cleveland clinics, among others, have identified factors that can trigger migraines. They range from hormonal changes in women, emotional stress, certain foods like wine or aged cheeses, and changes in the weather.

Medications and behavior strategies can help ease migraine pain for many, according to Nicole Lindsey, manager of Health Promotion and Wellness at Capital Blue Cross. Her team provides educational presentations on headaches, including migraine, for some group members.

Stress management techniques can help, Lindsey said. “Stress is a trigger for many types of headaches, including migraine. Keep it simple. Don’t overload your day with chores and activities and give yourself a break when you are feeling overloaded.”

Keeping a headache journal, or using an app – dozens are available – to track when, where, and what you are doing at the onset of migraine could help you figure out possible causes, Lindsey said, echoing the advice of many leading researchers.

Taschek said she hasn’t had a migraine since 2016, a fact she attributes to a radical change in her diet.

After various pharmaceutical interventions failed to stop her migraines, Taschek eliminated sugar, milk, and processed foods from her diet. She now eats protein, fruits, and vegetables, and primarily drinks water.

It wasn’t always that way. “I was absolutely addicted to Pepsi,” she said. “And I was eating way too many chips, pretzels, crackers.”

View All Articles
Health & Wellness Jul. 1, 2022
Tap Into Summer Hydration Tips
We’ve all heard about how important it is to drink enough water, whether or not we’re physically active. Yet too few of us heed the warnings, raising some serious health... Read More
By
Jerry Reimenschneider
Health & Wellness Jun. 1, 2022
Men's Health: Closing the Longevity Gap
On average, women now outlive men by 5.4 years. Wider adoption of routine preventive care, telehealth services for mental wellness counseling, and colorectal and prostate screening all can play a... Read More
By
Jeff McGaw
Health & Wellness Apr. 27, 2022
Proper Drug Disposal Can Make Your Home Safer
Your home’s medicine cabinet can be a pathway to big problems if it contains accessible prescription drugs that are unused, unwanted, or expired. The safe removal and disposal of these... Read More
By
Jerry Reimenschneider