By
Jerry Reimenschneider
Roseann Humphrey, who manages Capital Blue Cross Connect health and wellness centers, was diagnosed with breast cancer before she turned 40. Her journey illustrates how vital early detection and quality healthcare plans are to surviving a disease that afflicts a quarter-million women a year.
Share 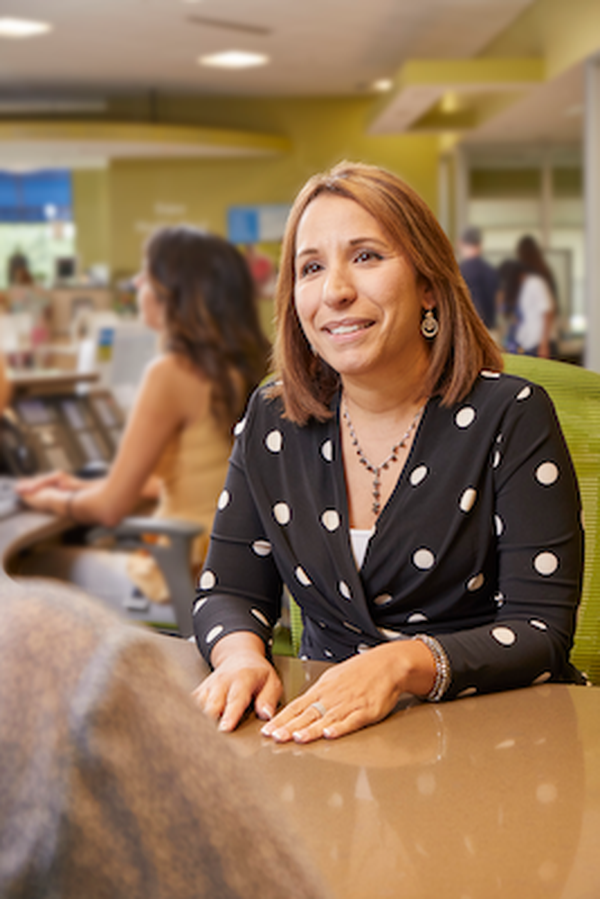 The American Cancer Society recommends women start getting mammograms at 40. But after discovering something amiss during a self-examination, Humphrey accelerated her timetable.

It saved her life.

“I felt something,” said Humphrey, who manages the Capital Blue Cross Connect health and wellness centers in the Lehigh Valley. “So I listened to my body, and I went to get it checked.”

Humphrey’s mammogram showed a mass. An ultrasound revealed Stage 3 breast cancer that had spread to her lymph nodes.

It was a harrowing diagnosis, one far too many women hear. More than a quarter-million American women are diagnosed with breast cancer each year, according to the Centers for Disease Control and Prevention, and some 42,000 die from it. Only skin cancer is more common among women.

Dr. Jennifer Chambers, chief medical officer at Capital Blue Cross, said the best way for women to battle breast cancer is to talk to their doctors about individual risk factors. That will help determine the appropriate screening tests, the age to begin them, and the intervals between them.

While most common in women 50 and older, breast cancer can plague younger women, as Humphrey so painfully learned. When first diagnosed, her mind swirled.

Humphrey’s hair is long again these days, but only after a difficult, depleting fight. In 2012 alone, she had eight rounds of chemo, followed by a double mastectomy and lymph-nodes removal. Then came 37 rounds of radiation.

Since 2012, Humphrey has endured multiple reconstruction surgeries and still takes an estrogen blocker prescribed that year. She speaks to her oncologist every four months, and has bloodwork every six months.

Humphrey has a heartfelt message for employers, particularly when it comes to the women who work for them.

“Your employees are human beings with families, and there are people that depend on them and love them,” said Humphrey, a 30-year Capital Blue Cross veteran whose son, Mason, was 12 when she was diagnosed. “They need to know you are carrying health insurance that will allow them the best care when it’s most needed, and Capital Blue Cross insurance did just that for me.

“When there are life-saving measures that have to be taken, the last thing you want to hear is, ‘Your insurance won’t cover that.’ That, to me, would not be acceptable.”

All of which has helped Humphrey move forward, body and soul, in her ongoing breast cancer fight. So far, so good.

“Thank God, yes,” she said. “You always still worry about it, sure. But if you are diagnosed with breast cancer, remember it’s not always a death sentence. You just have to have a positive attitude, and fight for better for yourself.”

View All Articles
Disease Mar. 23, 2022
Cervical Cancer Still a Peril
While cases have dramatically dropped over the decades, cervical cancer remains the fourth-most common cancer among women, and costs the United States $1.6 billion a year. As with so many... Read More
By
Jerry Reimenschneider
Disease Jun. 16, 2022
Heart Attack or Cardiac Arrest? Knowing the Difference Can Save Lives
Though the terms are often confused, a heart attack and cardiac arrest are distinct medical events with different causes and, sometimes, different warning signs. Knowing the difference between the two... Read More
By
Jeff McGaw
Disease Nov. 1, 2022
A New Way to Control – and Possibly Reverse – Diabetes
November is National Diabetes Month, a time to draw attention to a disease that affects about 37 million Americans. Fortunately, there are ways to counter the health impacts of diabetes.... Read More
By
Capital Blue Cross