By
Jerry Reimenschneider
While cases have dramatically dropped over the decades, cervical cancer remains the fourth-most common cancer among women, and costs the United States $1.6 billion a year. As with so many health issues, preventive care is key.
Share 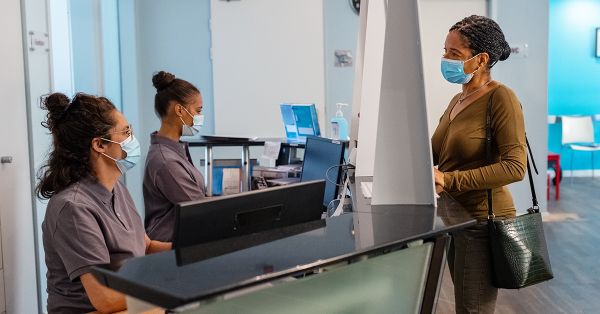 Roughly 14,500 women in the U.S. were newly diagnosed with cervical cancer in 2021, and about 4,300 U.S. women died from it last year, according to the American Cancer Society (ACS).

While vaccinations and appropriate screenings such as pap and HPV tests have dramatically dropped the number of cases, cervical cancer remains the fourth-most-common cancer among women worldwide, according to the World Health Organization.

We cannot be complacent, because when not caught in time, the disease remains every bit the deadly threat it’s always been.
— Dr. Jennifer Chambers, chief medical officer at Capital Blue Cross

“So we cannot be complacent, because when not caught in time, the disease remains every bit the deadly threat it’s always been,” said Dr. Jennifer Chambers, chief medical officer at Capital Blue Cross.

The disease remains perilous, and statistics even suggest recent slippage in the cervical cancer fight, partly due to missed cervical screenings during the pandemic. The ACS projections for 2021 are trending in a troubling direction: nearly 500 more people diagnosed in 2021 than in 2020; nearly 1,700 more people diagnosed than in 2017; and nearly 100 more expected deaths vs. 2017. Also, despite steady improvement in survival rates, more than a third of Pennsylvania women diagnosed with cervical cancer will still die within five years, according to state Department of Health data.

According to the ACS, cervical cancer primarily is most frequently diagnosed in women age 35 to 44. In Pennsylvania, the state Department of Health reports, the median age of incidence is 52.

It’s a costly disease, too. The Centers for Disease Control and Prevention puts America’s annual cervical cancer bill at $1.6 billion.

We can all help improve these bleak statistics by encouraging women we know to be proactive about their preventive care. Capital Blue Cross helps do just that. The health insurer:

View All Articles
Disease Jun. 16, 2022
Heart Attack or Cardiac Arrest? Knowing the Difference Can Save Lives
Though the terms are often confused, a heart attack and cardiac arrest are distinct medical events with different causes and, sometimes, different warning signs. Knowing the difference between the two... Read More
By
Jeff McGaw
Disease Nov. 1, 2022
A New Way to Control – and Possibly Reverse – Diabetes
November is National Diabetes Month, a time to draw attention to a disease that affects about 37 million Americans. Fortunately, there are ways to counter the health impacts of diabetes.... Read More
By
Capital Blue Cross
Disease Jan. 12, 2022
Breast Cancer Survivor: Screenings, Quality Healthcare Critical
Roseann Humphrey, who manages Capital Blue Cross Connect health and wellness centers, was diagnosed with breast cancer before she turned 40. Her journey illustrates how vital early detection and quality... Read More
By
Jerry Reimenschneider